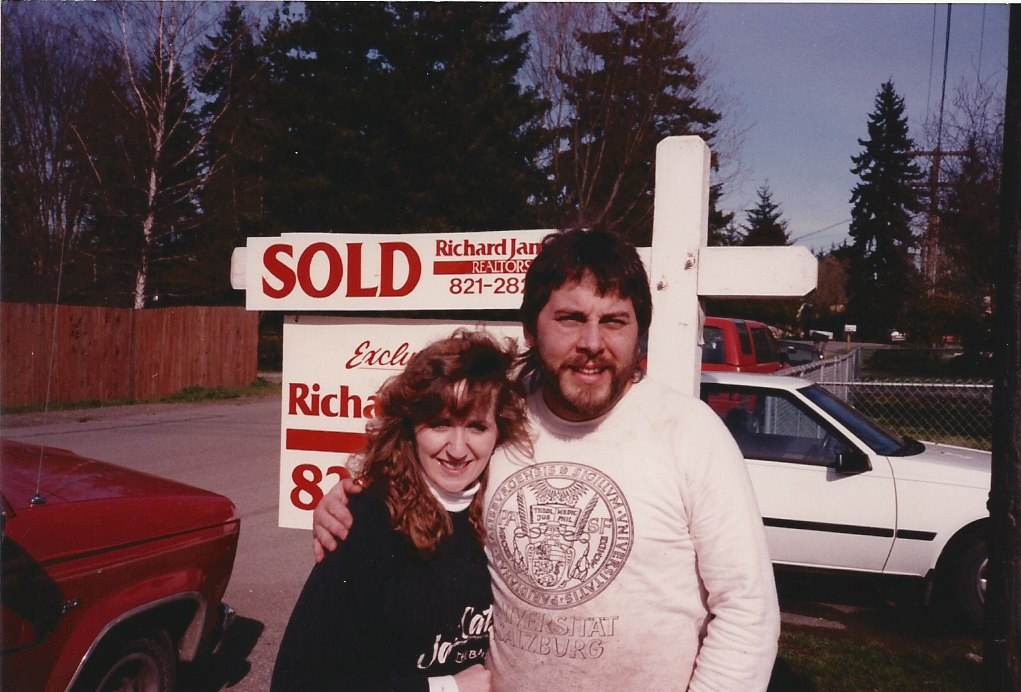 Life is a Journey, Not a Destination. Okay.  This is a cliché, and perhaps a tired one.  In fact, reading it myself, I envision a campy poster with a picture of a guy repelling off the side of a cliff high in the air.  You know, the type of poster your middle school English teacher had on her wall.

Yet, cliché aside, it truly describes what our family’s life has been the past two decades. This month we are celebrating our eldest child’s 22nd birthday.

Like most couples, when we decided to have kids we talked about what our family would look and be like.  We talked about the trips we would take on the boat we would buy.  We thought about which instruments they would play in elementary school, and whether or not they would make drum major in dad’s marching band. We even talked about our grandkids, and how we would be very involved, being their daycare, driving them to preschool, attending all their concerts and games.  We saw the future replete with endless possibilities.

And how excited we were to discover we were pregnant for the first time.  We took my doctor’s advice and only told a few members of our family and closest friends.  Good thing. I miscarried just weeks later.

After several months, we found out we were pregnant again.  While excited, we felt a bit cautious, so we kept the news to ourselves.

Then we found out we were carrying twins. Our excitement rose ten fold. We went against our better judgment and told family and friends.  They too shared in our enthusiasm. 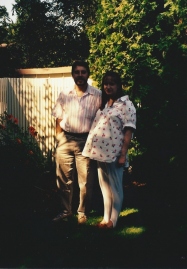 However, just 21 weeks into our pregnancy, we were given devastating news.  One of the twins would most likely not survive the pregnancy. A painful amniocentesis confirmed our fears.

At 26 weeks I awoke in the middle of the night and knew that one of the twins, whom we named Sarah Ruth, had passed.  I broke into hysterical sobs, and reached for a startled Ted.  A trip to the ER confirmed it.  And, my body started going into labor.  I was put on medications to stop the labor, then placed on bed rest.  To allow Dorothie Ann the best possible chance for survival I would have to carry Sarah’s body as long as I could before it became toxic.

After weekly blood tests, at 35 weeks our obstetrician and perinatologist both felt it was time to induce labor.  Dorothie Ann and Sarah Ruth were born in the late afternoon on September 25, 1991.  Dorothie’s Apgar score wasn’t great, but was “normal” for a preemie.  However, she wasn’t breathing well.  After a few minutes of holding her, she was whisked away to the Neonatal Intensive Care Unit where she would stay for two weeks.

Then Sarah was born.  We were blessed to have my parents, mother-in-law and sister with us in the room.  Each of us were able to hold our precious child for a few moments to say our hellos and goodbyes.  She was beautiful, and her face so similar to Dorothie’s.  I thanked her for the gift of life she gave her family.  I still tell her that every 25th of September.

By 8 months it was obvious Dorothie wasn’t developing normally.  Sure, she was a preemie, but in my gut I knew something wasn’t right.  We went to a clinic that specialized in diagnosing disabilities.  We were told Dorothie had cerebral palsy.  She would not progress physically as other children her age, and could be confined to a wheelchair.  We were also told she may also have cognitive issues, but was still too young to fully assess.  Again, we were devastated.

At 18 months we discovered Dorothie had a seizure disorder.  Thus, we began a relationship with anti-seizure medication.  It has not always been an easy road itself.

By the time Dorothie reached elementary it was more than apparent that she was both physically and developmentally impaired.  What lay ahead for her was uncertain.  Could she be mainstreamed, or should we keep her in a contained learning environment?  Would she be able to speak her mind, or would she be relegated to pointing to pictures on a board? Would she ever be independent enough to have a career?  Would she fall in love, get married? And would she be capable of having children and raise them on her own?

Through the years we have adjusted to Dorothie’s needs.  In 1997 we welcomed our second child, a beautiful, “normal” daughter who has grown up into an amazing young woman, and has assumed the “older sister” position in the family. 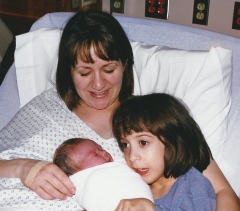 We decided that rather than boating, “‘rv’ing” might be the better way to travel.  We went from a tent trailer, to a cross between a tent and travel trailer, then a motorhome.  We have camped our way to Disneyland twice.

We also have learned to take Dorothie on airplanes.  It isn’t as easy now that she is bigger, but most airlines are accommodating, especially when they change our seating without notifying us. We’ve learned to check in the night before to make sure things are set. Most times we are okay. Security is the worst part, especially when they ask Dorothie to get out of her chair.  When I explain she can’t, they seem a bit irritated.  I tell myself they are simply doing their job.

And we’ve learned , as a family, to adjust as necessary.  We allow our youngest some freedom from being the sister of someone with special needs.  Rarely is this necessary, but a week or two on occasion seems to help her.  And she is amazing with Dorothie when we need her to be the caregiver.

This past fall Dorothie graduated from the special needs program in our school district.  It forced me to quit a job I dearly loved so I could help her transition into a job and an assisted living situation outside our home.  These are not easy decisions to be confronted with, but they are our reality.  While we are fully capable of taking care of her in our home, she would do so much better away from us.

And so our journey continues.  Being home with Dot has its ups and downs.  We love to go on errands together, and find projects to do around the house.  But when certain things need my attention, Dorothie can become a bit needy.  I’m needing to read her signals better while Dorothie is learning that I can’t give her 100% attention every second.

Yet if I had a chance to do it over from the very beginning, I wouldn’t change a thing.  That might sound strange, but my faith has taught me that God never gives us anything we can’t handle, nor does he make mistakes.  Through him all things are possible, even a journey on a road less travelled.